Arsenal have reportedly agreed to sign Miguel Almiron from MLS side Atlanta United.

According to FOX Deportes, an £11 million deal has been agreed by the Gunners for the midfielder. Furthermore, the speculations only grew after Atlanta official Darren Eales said Almiron is set to join the Premier League in January.

However, later speaking to Paraguayan radio a clarification was made by Almiron’s agent Daniel Compo stating,

“These are stories of Journalists. There is nothing formal. The president of Atlanta talks about English offers, not Arsenal.”

He denied Almiron’s move to London but his statement was vague and lacked clarity, that nothing is formal indicated or proves that player is defiantly moving to Premier League. But the English giants seem to be the front runners in securing the players’ services, as he was  also previously linked to Arsenal and was scouted by them in during the summer.

Meanwhile, the likes of Newcastle were also interested in 24-year-old back in July. The player also seems keen for a move to England as he told ESPN in the past that his objective has been join the English league as they play competitive and beautiful style of football.

Almiron is a great player and was bought by Atlanta from Lanus in January of 2017. And since then the player has been impressive in his performances for the club by netting goals and creating chances, and was awarded MLS newcomer of the year 2017.

He continued this year with same consistency and has already registered 12 goals and 13 assist in 31 appearances. Despite his good performance, the Paraguayan has been on the sideline for the national team as he has only has 12 caps to his name and hasn’t opened his account.

Unai Emery‘s side would likely want to land a deal for the Paraguayan international to strengthen their midfield as Aaron Ramsey could be seen leaving the club in January, and a player of such ability could prove to be a perfect replacement. 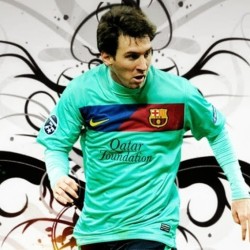