With a rather unconvincing start to the Premier League season, Manchester United find themselves on the eighth spot with 3 victories and 2 defeats in the first 5 games. There has been calls for upgrades in the current squad with newer names being added to the list of prospective targets. One such player that seems to be on the radar is Juventus forward Paulo Dybala.

Dybala, who has previously been linked with a mega money move to Real Madrid in the summer has enjoyed a fruitful career at Juventus scoring 52 goals, having played 101 games in a notoriously defensive Serie A. His contribution has been vital for the Serie A leaders who have benefited significantly from the 22 goals he scored in just 33 league games, as they went on to win a 7th consecutive league title.

Serie A giants Juventus are reportedly willing to offer Manchester United Paulo Dybala in exchange for Paul Pogba in a deal said to be worth £150 million (R2.49 billion). #SLInt https://t.co/9wj5Umq6s7

Reports from Calciomercato states that Juventus are keen to bring back Paul Pogba and are ready to offer £100m rated Dybala as a make-weight in a deal worth up to £150m. The fall out between the United manager Jose Mourinho and Paul Pogba has been well documented in the recent months. As per reports, Mourinho himself isn’t clear on whether the French International will stay.

That’s my conclusion (but) at this moment, I am in the dark”

This transfer makes sense for Dybala also, with the arrival of Cristiano Ronaldo at Turin, Dybala will not get the same recognition and limelight that he used to receive for a couple of years. Still only 24, he clearly has his best years ahead of him and in order to make himself a better footballer, he would prefer a club that guarantees him a place in the starting eleven.

At United, lack of minutes won’t be an issue for him as opposed to a club like say, Real Madrid, who are already stacked with the likes of Asensio, Isco, Kroos and young talented footballers like James and Kovacic have already tried to break into their starting eleven and failed. Therefore a move to United is something the attacker might prefer in the end as he would get enough backing from the manager and love from the fans to advance his career to the next level.

With Pogba not being at his brilliant best, it does seem to be a good deal for United as the inclusion of Dybala will surely have a positive impact and add a different dynamic to the attacking play that has not been too eye-pleasing to watch.

Having said so, it should also be noted that Juventus, with the addition of Ronaldo are strong favorites to lift the Champions League this season, hence they may not make too many changes in their squad in the winter transfer window. So deal of this magnitude might only take place in the summer transfer window at the earliest.

As for United, it would be wiser for them to prioritize the signing of a centre back in the winter transfer window and not tinker with their midfield. Pogba, on his day is still arguably amongst the top 5 midfielders in the world and is still very vital for United in their pursuit of a top 3 finish at the very least. 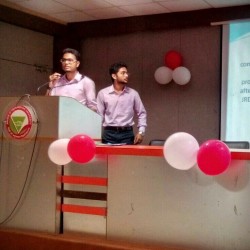