Aaron Ramsey has been the focal point of this season’s January transfer window for Arsenal. The Wales international was in talks with the club regarding a contract extension since some time now and as the time passes, if not anything, it is clear that the midfielder has no intentions of staying and continuing his career as an Arsenal player, with several clubs interested in him.

There were some sources which reported that the contract talks were halted abruptly by the club itself and that player had no intensions of leaving the club, not at least in the near future and his agent had a similar opinion regarding this matter.

The contract talks had stopped abruptly, supposedly to compensate for the club’s inability to pay high wages of some of their players. This becomes apparent by the fact that Unai Emery had said that the club cannot afford to sign players permanently, hence they are looking to sign players only on loan.

Unai Emery says that Arsenal can only afford to loan players during the January transfer window and cannot make permanent signings.https://t.co/rBOqa3RqwZ pic.twitter.com/1GJ9tmDmGU

During last week’s press conference, Unai Emery had said that this is a matter relating to an individual than the whole team and that he was concerned only with the performances of his players on the field. He said:

“The most important thing is that Aaron Ramsey is with us. His future I respect a lot because he has a very private decision but he is with us every day, and I repeat that I am very happy with him.”

However, he refused to comment on any new developments relating to Ramsey’s future. He stated that he is only concerned with the behavior, attitude and performance of Aaron Ramsey on the pitch and that he would respect the decision he would make when it is made.

Former Arsenal forward Paul Merson anyway was not a fan of this decision taken by the club. He said:

“It’s stupidity from Arsenal to allow someone of Ramsey’s quality to let their contract run down.”.

Considering the latest developments, it is just a matter of time that the Ramsey deal is officially announced by Juventus, who are doing a really good job in the transfer market this season, with Aaron Ramsey potentially being the second free transfer that they have bagged.

With Ramsey set to leave, it has to be seen how much Arsenal will miss his quality and composure in the middle of the pitch and how they deal with his departure. 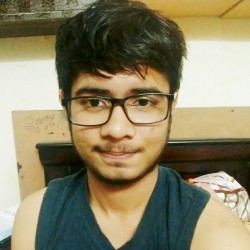