Skip to content
You are here
Home > Arsenal > What Now for Mesut Ozil and Arsenal as Unai Emery Leaves Mesut Ozil with no Other Option than to do this ?

So our favourite Arsenal player has been left out of the squad again. Mesut is now a subject of massive controversy. Unai Emery has axed him from the team and it seems to be a permanent move. Given his woeful performance as a substitute against Southampton, I don’t blame the Arsenal manager.

To say Mesut Özil was poor in that game would be an understatement. Arsenal as a team were particularly bad against a struggling Southampton and it’s easy to blame Özil for it, but was it his fault?

With blows to Danny Welbeck and more importantly, Rob Holding, Arsenal look shaken. They are weak at the back and are easy to penetrate. With the likes of Granit Xhaka playing as a centre half, I feel bad for Emery. The Gunners really don’t have a choice and it’s easy to point fingers at the star players.

What most people forget, is that just two games ago, Arsenal were unbeaten for twenty two games. That’s not a number to be taken lightly, given the fact that Unai has been here for only a few months now. Arsenal are not a team meant to challenge for the Premier League at the moment, and any fans thinking otherwise would be out of their minds to do so. In fact, any trophy this season would be a major victory for the club, because this is not a team meant to challenge for any major trophies just yet.

Just look at recent years and look at performances of Arsenal under Wenger and under Emery. The game against Tottenham is only one of three games this season where Arsenal have failed to score (other two being against Manchester City and Sporting Lisbon) . That stat alone is enough to prove that they have been doing well.

Two losses in, and suddenly they’re awful and Özil is public enemy number one. This isn’t the first time this has happened, neither will it be the last. I actually commend Özil for keeping his cool even at times like this, instead of pulling off some ugly stunts like Paul Pogba against his own manager.

On the subject of Özil particularly, just use your brain for a minute and think about it. Christmas is coming and there are a lot of games to be played, especially in England. It’s a wise move to keep your best players rested for when you need them and that’s exactly what Emery is doing. Although “resting” may not be the best term to describe what was done to Özil in the last match, it doesn’t mean that the German is gone for good.

Tottenham were never really going to fall for the same trick twice and Arsenal needed to do something different. They were bound to be more aggressive against the Gunners this time round. It doesn’t take a footballing genius to understand that Özil isn’t suited to defensive football, and that is why he wasn’t on the field. I’m sure he will be back for more action against teams that Arsenal can outplay and he is more suited to that kind of football.

Although he has now hit an all time low in a red and white shirt, Özil will do what he does best, that is to silence all his haters. He’s just returned from an injury as well. Playing him against aggressive attacking teams isn’t really going to help him come back. I’m sure he will start the game on Saturday against Burnley and even get a few assists to his name soon enough.

Another major point to comment on is Unai Emery’s no nonsense attitude towards his players. If the players don’t perform enough to justify the money that he is paying them, then they don’t get to play, it’s as simple as that. Özil needs to prove to his manager that he is still one of the best players at the club with some good performances at the training ground as well as in games. It’s good to see a strict manager at the club who prioritizes the team over individuals.

It may be two losses in a row for the Gunners, but that doesn’t mean that the season is over. I think it’s safe to say that the boys have been getting a bit over confident lately, and this is a good reality check for them to get out of their dream world and focus on their football. 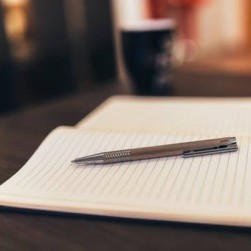