Skip to content
You are here
Home > Arsenal > Fifa World Cup Moments : 5 Incredible Fairy Tale runs in the World Cup Which have made the Game so Beautiful

The World Cup is just a few days away and all the teams are gearing up for the opportunity to represent their country at the grandest stage of all. It begins on 14th June 2018 at the Luzhniki Stadium, the largest stadium in Russia with a seating capacity of 81,000.[spacer height=”30px”]

In anticipation of the Greatest Footballing Fiesta in the Planet and all that lies in await for this period of one month, We look back on a certain few immortalized stories in the history of the game which has made the tournament what it is today. Football never ceases to amaze with its ability to inspire passion in the most improbably of places and amongst the most likeliest of entities. Here are a few tales which have defined the unpredictability of the event and have made it great.[spacer height=”30px”]

We take a look at some of the greatest runs in the competition made by traditional underdogs who have taken on a number of Goliath and have left them in a heap in the midst of their fairy run in the cup. [spacer height=”30px”]

Bulgaria barely managed to qualify for the 1994 World Cup which was held in nine cities across the United States. Bulgaria were thrashed in their opening game. They conceded 4 goals without a reply against Nigeria, but they came back roaring defeating Greece by 4 goals to nil and then Argentina by 2 goals, thus ensuring a place in the knockout stages.[spacer height=”30px”]

The Bulgarian side were eventually knocked out of the tournament by Italy, the runners-up and even though They were unable to secure a 3rd place they sure made a name for themselves and ensured the tales of their heroics would be sung for decades to come. Hristo Stoichkov also was the joint top-scorer with 6 goals to his name.[spacer height=”30px”]

The 2002 FIFA World Cup was the 17th staging of the FIFA World Cup which took place from 31 May to 30 June 2002 in South Korea and Japan. This was the first World Cup to be held in Asia. Senegal was placed in a tough group with France, Uruguay and Denmark.[spacer height=”30px”]

Making their 1st appearance in the 2002 World Cup, Senegal produced one of the biggest upset on the opening day itself beating the defending champions France 1-0. Then they moved on to secure a draw against both Denmark and Uruguay.[spacer height=”30px”]

The 2014 World Cup which was played in Brazil had Costa Rica  drawn in a group consisting of England, Italy and Uruguay, which became to be known as the ‘Group of death’.Almost everyone in the entire world had written off their hopes of progressing from the group but Little did they know how the group stages would unfold.[spacer height=”30px”]

Costa Rico not only qualified from the group stages, they went on to top their group by beating Uruguay first and then Italy. In their last group match they went on to draw the game with England, thus sealing their place in the knockout rounds.[spacer height=”30px”]

[spacer height=”30px”]In the Round of 16 match they moved on to beat Greece on penalties after extra-time. And at last After putting up a spirited fight against the Netherlands, they lost to them on penalties after Míchael Umaña and Bryan Ruiz missed their respective spotkicks. The Costa Ricans went home with their heads held up high after a brilliant performance in the World Cup.[spacer height=”30px”]

Turkey was drawn to a group consisting of Costa Rica, China and the eventual winners Brazil. In their first match, Turkey was narrowly defeated by Brazil with a score of 2-1 in which Alpay Özalan was unfortunately red carded. After that the Turkish side drew their game with Costa Rica and in their last group game, they sealed their place in the Round of 16 beating China 3-0.[spacer height=”30px”] 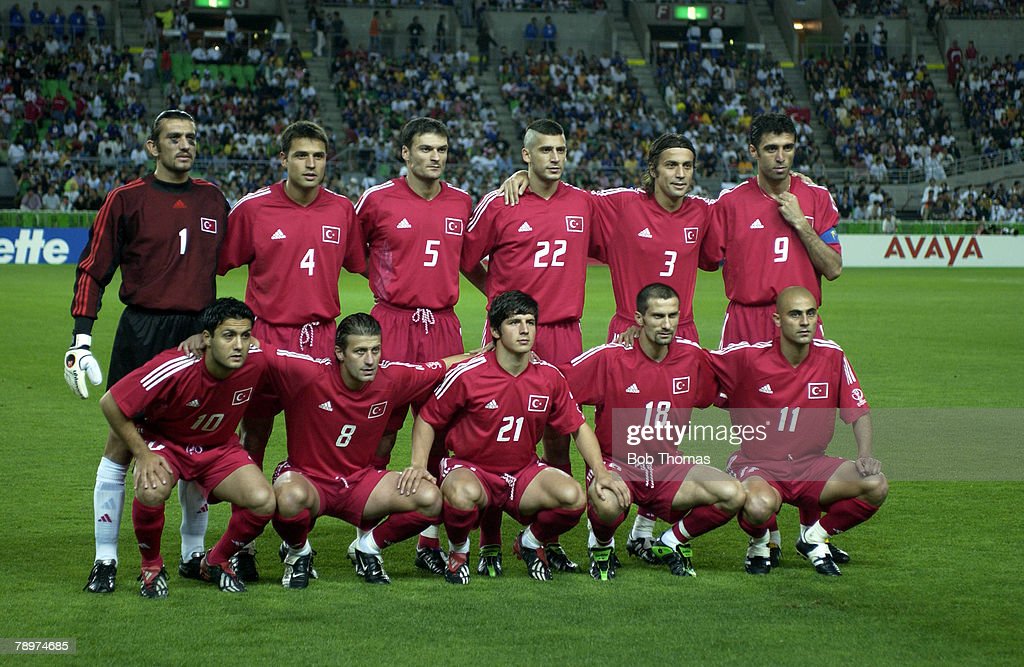 Though they lost the semi-final against Brazil with a solitary goal from Ronaldo Luís Nazário de Lima, commonly known as Ronaldo, they defeated South Korea with a score of 3-2 in the third place match. Hakan Şükür created history by scoring a goal within 10.8 seconds and The Turkish side were welcomed warmly in their country even though they were not the winners.[spacer height=”30px”]

The 2002 World Cup was a fascinating one as a lot of good teams were eliminated by underdogs, making it a very exciting one for the neutrals. South Korea, the host team had a dream run in this tournament. South Korea earned their first ever World Cup victory, defeating Poland 2–0. United States and South Korea then battled each other which resulted in nothing more than a draw and resulted in South Korea topping the group and moving on to eliminating Portugal thanks to a 70th minute winner by Park Ji-sung.[spacer height=”30px”]

[spacer height=”30px”]In the knockout stage, South Korea then went on to defeat Italy in a match filled with controversies with the help of a golden goal from Ahn Jung-Hwan. They went on to beat Spain via penalties (5-3) to book their place in the semi-finals with the Germans. Though the Koreans failed to beat the Germans, they were deservedly appreciated by their fans and all the football lovers across the Globe for their valiant efforts in the Cup. [spacer height=”30px”]