A historic triumph at St. Petersburg for the Asian minnows Iran as they overcame a quirky challenge in Morocco, to win their first World Cup game in 20 years.[spacer height=”30px”]

A late own goal from Moroccan substitute Aziz Bouhaddouz proved to be the anti-climactic decider in this game, but it threw a lot of light on what we should look forward to in this group.[spacer height=”30px”]

Here are some key talking points from the game in which both teams headed with an equal chance of winning and bringing some pride to their nations:-[spacer height=”30px”]

Malatyaspor striker Khalid Boutaib is a 6ft 3inch tall target man who makes a living off bullying defenses. He has scored goals wherever he has been in.[spacer height=”30px”]

He surely must have been a bit surprised to have been overlooked in this match. The striker has netted 12 goals this season, and was top scorer in Ligue 2 the season before, powering Strasbourg into the top flight. For the national team however, he has fallen out of favor, with Ayoub El Kaabi getting the nod, being preferred for his outstanding form for Moroccan club RS Berkane. Against Iran though, El Kaabi was marked out of the game.[spacer height=”30px”]

[spacer height=”30px”]Despite the presence of high-quality creative forces around him, he was unable to fashion any intentful opportunity, and was wasteful when he did get them. Perhaps Renard will include Boutaib from now on. He does have a decent scoring record of 7 in 15 for his country…and there are a plethora of European clubs who wouldn’t mind having him as a rotating striking option.[spacer height=”30px”]

Iran’s Karim Ansarifard and Alireza Jahanbakhsh had strong words for Nike following their team’s 1-0 win against Morocco to open the World Cup.[spacer height=”30px”]

Iran players forced to buy own Nike football boots or borrow from other players for World Cup https://t.co/i0djmvt0mN

Iran’s coach Carlos Queiroz, who asked Nike to apologize for their actions on Wednesday, echoed Jahanbakhsh’s comments following the match and asked for politics and sport to be separated at the World Cup so that “his boys could play football.”[spacer height=”30px”]

Iran players forced to buy own Nike football boots or borrow from other players for World Cup https://t.co/i0djmvt0mN

[spacer height=”30px”]
“We train and we play under [bad] conditions,” Queiroz said. “No pitches, no camps, no friendly games because of the sanctions. I think it’s my duty to say, ‘let our boys play football.’ They are just football players.

“Let them enjoy football like all the other football players in the world. They are not against nobody or against nothing. They just want to express themselves and play football.”

Despite the 1-0 loss, Morocco were very impressive in the game and dominated for alarge share of the game,[spacer height=”30px”]

Morocco had an explosive first half an hour, during which their zip and zest made them virtually unplayable. But Hakim Ziyach, Ayoub El Kaabi and Mehdi Benatia all failed to capitalize. [spacer height=”30px”]

They  had initially come out of the blocks flying, with all guns blazing, playing fluid football that seemed to have overwhelmed Iran in the early stages, with Watford full-back Nordin Amrabat spending more time in the opponent’s penalty box than his own.. Ziyech and Harit in particular were impressive, but a lack of cutting edge in the final third has eventually cost them.[spacer height=”30px”]

[spacer height=”30px”]They clearly showed their dependence on wing play and their potent wingbacks, including the experienced Amrabat. He can be considered this team’s secret weapon and his performances will be a clear resonation of the team’s results.[spacer height=”30px”]

23 year old Sardar Azmoun, who has been dubbed the ‘Iranian Messi’ showed glimpses of how he is indeed worthy of the honor, by playing exquisitely in the first half. He has done so several times in the past playing for Rubin Kazan.[spacer height=”30px”]

Making rampaging runs through the centre of the pitch, he split the Moroccan midfield in pieces, often at will. Whilst Ziyech was brilliant on the attack, he didn’t do nearly as enough defensively, as he struggled to contain Azmoun for much of the game.[spacer height=”30px”]

Sardar Azmoun is hoping that his time playing in the Russian top-flight will inspire support from the locals at the #WorldCup! #IRN start their campaign today pic.twitter.com/PzdypM3Yo9

[spacer height=”30px”]Azmoun’s attacking exploits nearly led to him scoring the opener in the first half when he was put through by Jahanbakhsh but he failed to evade the keeper whose spectacular double save effort kept the goal at bay.

Portugal and Spain’s 3-3 draw might have been a spectacle to watch for the whole world as neutrals, it still hurts for either side knowing that there could have been a victor and they both eventually lost 2 points, and a potential victory which would decide the group winners. Iran however did just what they had to do, to get off to a perfect start.[spacer height=”30px”]

They do have a plan. A ten minute spell of pressing and attacking football saw Morocco emerge with 81% ball possession. However, Iran held their nerves.. As the game progressed in the first half, Iran gained more confidence and were able to create some chances of their own.[spacer height=”30px”]

[spacer height=”30px”]In the best chance of the game, Iran’s danger man, Sardar Azmoun was put through on goal but failed to find the back of the net. The signs are encouraging, and if the Iranian coach  Carlos Queiroz plays his cards right and uses his two crucial weapons Azmoun and Jahanbakhsh in the right manner, they might…just might pull off a world cup miracle. Every World Cup has an over-achieving minnow.[spacer height=”30px”]

Why shouldn’t Iran believe that they are the ones this time around?[spacer height=”30px”] 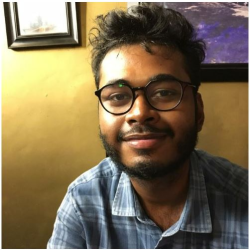