According to reports in France, Manchester United are interested in signing Monaco’s young midfielder Hannibal Mejbri on a free transfer in the ongoing transfer window amid contract disputes between the player’s camp and AS Monaco.

According to RMC SPORTS (France), the contract between Hannibal Mejbri and Monaco is in dispute, as the player and his family is not happy with his current position at the club. The player’s family is taking the support of legal proceedings by registering a case in the Legal Commission of Professional Football League, France to try and nullify the contract, which is valid till June 2021.

Explaining the contract as not “ratified properly”, the player’s family wants Monaco to release Mejbri and the contract to be cancelled. The relationship has become hateful between this young French midfielder and AS Monegasque.

Hannibal Mejbri himself seems to be determined to leave Les Rouges et Blancs, with reports iterating that the player has not showed up at the training ground for three weeks now. However, AS Monaco is not willing to lose a player of Mejbri’s potential and are hoping to win the legal procedure.

As per the sources, Manchester United has sent a huge offer to the player. Reports add that the discussions have been concrete for several months between two parties.

Quite interestingly, this is not a first offer from United, with reports in January stating that the Red Devils had submitted a deadline day offer for Hannibal Mejbri, but nothing came to fruition.

Previously, Hannibal Mejbri rejected to join Arsenal in favour of a move to Monaco in 2017. This French midfielder has played 8 international matches for France U16 national team and played the UEFA under-16 league.

Is Ole Gunner Solskjaer Too Nice To Be The Manager Of Manchester United ?

It is always difficult to sign high quality players in January and the winter transfer window has a reputation for inflated price.

Ole Gunnar Solskjaer is keen on adding young, home-grown talents to his squad during the summer transfer window as he looks to rebuild the squad. And after the transfer of Ander Herrera and Valencia, United is looking at young midfielders like Mejbri and Sean Longstaff.

Meanwhile, transfer speculations surrounding Paul Pogba, David de Gea and Juan Mata continues to grow. Nevertheless, the manager has confirmed that Pogba will stay and play for the Red Devils.

After a disappointing season, the fans are definitely excited to see some new faces at the club and they hope these players turn out to be good. 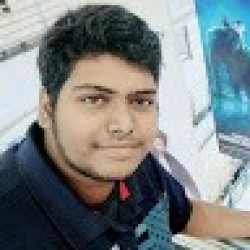