The most decorated club in English Football history are enduring a terrible and pathetic season in the premier league. It seems unthinkable. It’s a nightmare for United fans.

Manchester stand 8th in the Premier League with a goal difference of (-1), yes you read that correct “negative goal-difference”, letting in 25 goals in just 15 games which itself is three short of their entire total in the whole of 2017-18. Worse still, only teams in the bottom five have let in more goals than United’s 25.

Jose Mourinho has made 21 changes to the starting XI in the last four Premier League matches to find a stability and solution for his team which isn’t there. They have made a league high 46 changes to their starting line-up this season

United’s last five games only saw them win at Bournemouth, then loose to City in the Manchester Derby followed by three draws to Palace, Southampton and Arsenal.

After 15 games, they are a huge 18 points behind Manchester City and 8 points behind the top 4. As of now the Red Devils have been simply been resigned to push for the Champions League places this season but even that is now slowly becoming out of their grasp.

Anything short of a win against Fulham who are rock bottom would be a nightmare for the hosts.

* The last time Fulham visited Old Trafford back in Feb, 2014 in the era of David Moyes, the score was 2-2, United swung in a record 81 crosses in the game from which only 18 were successful.

Machester United will access the fitness of Anthony Martial, Luke Shaw who limped out of last weekend’s draw vs Southampton, Phil Jones, Eric Bailly and Chris Smalling who were both able to play vs the Gunners in the mid-week.

Alexis Sanchez will remain absent due to a torn hamstring and will not be able to feature for United until 2019.

Ashley Young will return after a one match ban and Paul Pogba is expected to start.

There has been a glimpse of how Mourinho wants his United to play with the pace of Rashford and Martial integral to it and a workman like midfield. But at the moment there is very little creativity to this United side with the likes of Paul Pogba in a disappointing form.

As an United Fan, it is a must win game for us to grow our chances of finishing in the Top 4 this season.

A win for United would take them to 6th place above Bournemouth and Everton with Bournemouth loosing 4-0 to Liverpool and the Merseyside club not playing until Monday vs Watford. 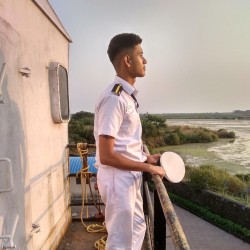