Skip to content
You are here
Home > Arsenal > From Lampard’s Disallowed Goal to Three yellow cards for player : Most Shocking Events ever to occur in World Cup History

After every 4 years, football fans come forth to watch the greatest players from all around the world compete on the biggest stage: The Fifa World Cup.[spacer height=”30px”]

The world cup feeds us with a coupe of exquisite skills and wonder goals. But besides that it also throws in some shocking and controversial moments which leave millions of hearts broken and staggered for years to come.[spacer height=”30px”]

With the 2018 world cup days away, before we get the ball rolling we look back at our top picks for the most shocking events to have ever occurred in the history of world cup. Let us know if we missed any of your favourite major shocks in the comments below.[spacer height=”30px”]

The major highlight (or well the lowlight) of Diego Maradona’s career took place in this quarter-final played in Mexico. The teams drew 0-0 going into half time. However 6 minutes into second half Maradona charged towards the England goalkeeper.[spacer height=”30px”]

It looked as if Shilton would be the first to reach and punch the ball away being eight inches taller. However it was Maradona who got to it first with his outstretched arm and pushed it into the England net, scoring one of the most infamous goals in the world cup history.[spacer height=”30px”]

[spacer height=”30px”]All the still photos and videos showed the clear handball however to the disbelief of the rest of the world, the goal stood and Argentina won the game 2-1 and went on to win the world cup. This handball came to be known forever as “Hand of God” as said by Maradona later on.[spacer height=”30px”]

Undoubtedly Luis Suarez is one of the top 50 best performers for club and country. However he has been accused of biting players on three different occasions.[spacer height=”30px”]

In 2014 in South Africa he was involved in a controversial incident with Giorgio Cheillini. The game was at 0-0 when in the 79th minute Suarez clashed with Chiellini in a penalty area scuffle and both went to the ground apparently in pain.[spacer height=”30px”]

The referee failed to spot the incident but later on Suarez was imposed to a 4 month ban including 9 international matches.[spacer height=”30px”]

This proved to be a highly controversial moment as Uruguay won the game to knock Italy out from the competition.

Today looks back to 2010 world cup match between Germany and England when frank lampard’s superb strike was disallowed despite it having crossed the goal line.[spacer height=”30px”]

Germany were 2-0 up after 32 minutes but the three lions got themselves right back on track just after 5 minutes with a well taken goal from Matthew Upson and soon after Lampard looked to have equalized only for the ref Jorge Larrionda to disallow it.[spacer height=”30px”]

Would the goal have changed the outcome? Some will argue.[spacer height=”30px”]

In his final ever appearance for France, Zinedine Zidane was accused of head butting Italian defender Marco Materazzi. Locked in at 1-1 after 110 minutes the heat was on but he stayed in the kitchen.[spacer height=”30px”]

The replays showing of what Zidane had done sent the crowd into utter shock. He was sent off for violent conduct and Italy went on to win the world cup 5-3 on penalties, meanwhile Zidane to everyones dismay ended his glittering career on a low.[spacer height=”30px”]

Who wouldn’t claim to be having a lucky day when the referee does not send you off after two yellow cards?[spacer height=”30px”]

But the Croatian defender did not stop as he received a third yellow card of the game in the 93rd minute before being finally sent off in this tightly packed game between Croatia and Australia.[spacer height=”30px”]

You wouldn’t expect a ref to make such kind of a mistake but Poll took full blame for his error and was removed from the competition after that game. The game finished 2-2 with Australia making it through to the next stage.[spacer height=”30px”] 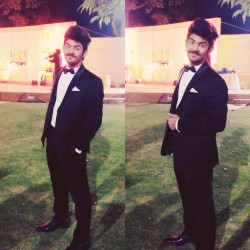