Skip to content
You are here
Home > Blog Post > Decoding The Simple Reasons Behind What Exactly Is Wrong With The ‘Special One’ ?

It has only been a few matchdays and problems have already commenced for a Jose Mourinho led Manchester United. Amidst all midfielder-manager differences, it has come down to the question- what exactly is wrong with the 55-year old who, a year earlier, claimed to be the ‘special one’ for the Devils?

#MUFC are hoping to avoid going five matches without a win for only the second time since 1999. Jose Mourinho admits results have not been good enough.

With constant debates going on about the period of his stay at the club, Saturday’s wretched defeat against West Ham confirmed that he is here on borrowed time, for which he will have to make up. Lately, Mourinho’s techniques have been condemned rather than being appreciated. Has new-age football left him behind?

The defeat against West Ham exhibited a confused squad, with the players not seeming to understand Mourinho’s tactics. Ed Woodward’s failure to tug five transfer targets Mourinho had his eyes on also expounds the Portuguese’s discontent. Having spent almost 400 million over the past 5 windows has made the board have second thoughts about the amount of money Mourinho is spending.

The question here is, has the former Chelsea boss developed a no-care attitude as a result of his wishes not being fulfilled? Mourinho has definitely been upset over his plans not being taken into consideration. His tenure at United cannot be called ‘unsuccessful’ considering the three titles in his first season including the Europa League. But, the talks of him getting sacked is not something which can be purely denied after looking at how United’s journey has been going since the commencement of this season.

"I'm sick of him moaning about what he hasn't got."

Paul Scholes says José Mourinho is facing "the biggest challenge of his career" to turn things around at #MUFC ? pic.twitter.com/HYrbzUEXV7

Now, it is totally up to the Portuguese boss to make his place as the manager solid. United’s squad under Mourinho has been rather broken this season as compared to last year. Considering new options would not hurt them, keeping in mind their current state, which is not good.

Zidane taking over as the manager could prove to be fruitful for the club. Mourinho’s intelligence will be seen on Wednesday when they face Valencia in the Champions League. It can be the decider of Mourinho’s fate at the club. Differences between Pogba and Mourinho could also be a factor in his departure as Pogba is a key for United’s midfield and the board would not want to let him go.

Mourinho was just asked if he can assure the fans he is doing all he can. He stared forward and moodily refused to answer. Win or not tomorrow the club needs to act fast. #MUFC pic.twitter.com/OrsOJqUuBB

The Portuguese would have a very little time now before he gets told to pack his bags. To be an important figure for the club, Mourinho will have to prove his worth by showing that side of United which has been hidden for a long time 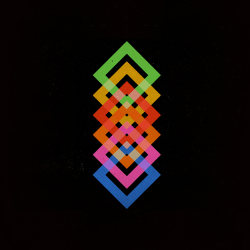 One thought on “Decoding The Simple Reasons Behind What Exactly Is Wrong With The ‘Special One’ ?”