Manchester United are fixated on strengthening their defence this summer and Real Madrid star Raphael Varane tops their list of targets. The Red Devils have reportedly made a £50m bid for Varane but the Spanish club rejected the offer and are demanding a whopping £80m for the defender. However, United are reluctant to meet their £80m valuation and are hopeful of reaching a compromise over the player’s transfer fee.

The defensive set-up at Manchester United has been shaky ever since Sir Alex Ferguson retired, and the defensive trio of Evra, Vidic, and Ferdinand departed the club. The defence has always been a priority for Ole and although some players were signed to plug those holes, it wasn’t enough.

Aaron Wan-Bissaka was signed to reinforce the right-back position while United broke the transfer fee record for Harry Maguire, but the defence still continues to leak goals at regular intervals. Signing Maguire didn’t solve the issue as the English defender needs a proper centre-half partner to cover for him with Lindelof being inadequate and Bailly being a recurring fixture on the treatment table. Therefore, United have earmarked the French international as the ideal defensive partner for Maguire.

Manchester United have had a £50 million bid for Raphael Varane REJECTED by Real Madrid, reports the Manchester Evening News 👀 pic.twitter.com/v9yaQvo2tl

Raphael Varane only has a year left in his contract at Real Madrid. The club has refused to meet Varane’s demands of doubling his salary in the new contract and are instead looking at pay cuts to deal with their gigantic debts. This, along with Zidane’s exit has left Varane unsettled at the Spanish capital and is looking for a move away from the club this summer.

Moreover, with a debt of almost a billion euros, Real Madrid are hoping to cash in on the defender this summer instead of losing him for free the next summer. This would be a wise move considering they just let their captain Sergio Ramos leave after his contract expired.

Raphael Varane was an important part of France’s World Cup-winning team in 2018 and is a permanent feature of the playing XI at Euro 2020 this summer. He has three La Liga titles and four Champions League trophies with Real Madrid. The French defender has remarkable defensive capabilities and is a solid rock at the back.

Weighing in on the clubs transfer plans, former Manchester United star Nicky Butt believes the club should go all out in their pursuit of Real Madrid defender Raphael Varane.

“The biggest thing that needs addressing for me at Manchester United this summer is that centre-back position; we need a partner for Harry Maguire. It has to be someone that’s going to be compatible with Maguire.

“Everyone talks about Raphael Varane. I understand he’s a little bit older than most people would perhaps like, but you just have to go back to the days of Teddy Sheringham. I think we bought him when he was 32, and we went and won the treble with him. If Varane is available, then I’d go all out for him.”

Varane would be ideal to form a strong defensive partnership with Harry Maguire and provide him the perfect support to set up a consistent centre-half pairing at United. Moreover, Victor Lindelof impressing for Sweden at the Euros will be a good backup for the two. The 28-year-old centre-back could play a crucial role for the team as they aim for a league trophy this season.

Raphael Varane already has ties with Manchester United, with the English team almost signing him from Lens in 2011. The Frenchman is a boyhood fan of the Red Devils and holds Rio Ferdinand as his icon. It could all boil down to financial muscle which is United need to really loosen the purse strings and go all out for a player like Varane who could single handedly turbo charge their entire backline. 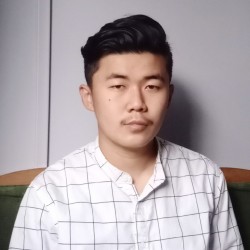