Manchester United don’t need a new center-back, or any defensive reinforcement for that matter this season. Much was made of the club’s failure to sign a center-back in the summer transfer window after the World Cup 2018. However, there’s immense potential in their current back line, that we fail to visualize.

Jose Mourinho helped Manchester United finish 2nd last term, gathering 81 points in the Premier League ahead of impressive Liverpool and Tottenham sides – the club’s best since title winning 2012-13 campaign. One notable highlight was letting just in 28 goals in 38 games, an average of around 0.73 goals per game – only titleholders Manchester City bettered that, conceding one less than their blue rivals, while Tottenham came third in the list, conceding 36 (12 more) goals in 38 games in total.

Analyzing the current central defenders, we can list at least 6 different names in a lineup to fill in the center-back role  for United, namely Chris Smaling, Victor Lindelof, Eric Bailly, Phil Jones, Marcos Rojo and Matteo Darmian. It was because of these guardians at the back and a strong balancing midfield that Mourinho’s men got such a great track record in terms of defense, not to forget one of the best goalkeepers in the world standing behind as the wall.

Mourinho emphasized on reinforcement of the back two, lamenting the club’s decision to not meet his demands after targeting a number of players in the summer.

Harry Maguire was a prominent target in the summer for the Red Devils, after an impressive World Cup where he reached the semi-finals, eventually finishing 4th, conceding 8 goals in 6 matches and scoring one. Even after making a sensational bid of £60 million, it was rejected immediately by Leicester City, who demanded at least £75 million for consideration as a sound bid. United ended their interest then and there, deeming the price tag too expensive.

After lots of speculation, United then triggered Diego Godin’s staggeringly low £18 million release clause after a personally impressive World Cup display, only to learn that the Uruguay International had made the most of the bid to increase his wage bill staying put in the Spanish Capital.

Yerry Mina, the Colombian center-back, who is famous for his 6’5″ height and dance celebrations, was a realistic option being targeted after a blistering World Cup, where he netted 3 crucial goals in the World Cup including two game changing goals, also conceding just one goal in three matches for Colombia. Mina signed for Everton FC, snubbing Manchester United in favor of guaranteed game time at the Merseyside club.

Jerome Boateng was another big name player approached by Manchester United, but they were shadowed by the interest of Paris Saint-Germain’s lucrative project.

While the current squad was intimidated by the managers lack of belief in them, begging for new players over the whole transfer window(especially a centreback), even after such an impressive showing, the players showed their distress in the opening matches of the league losing 2 out of the first four league matches. To account for the best defenders so far, it is yet to be seen who the best pair are.

Even Eric Bailly, last season’s defensive wall, has lost his cemented place in the starting XI after an awful display against Brighton & Hove Albion losing out 3-2, one that stunned a majority of fans who believed he was their best center-back. He was replaced by Chris Smalling, who defended impressively against Burnley at Turf Moor.

United signed Diogo Dalot from Porto for £19 million. A versatile left back who is known for his ability to comfortably switch sides on the flanks.

The re-ignition in the form of Luke Shaw has been astounding. He has shown remarkable attacking instincts, even scoring his first ever goal in professional football against Leicester City and has been showing great maturity while defending at the back, winning 75% of his duels in the league. His form even earned him a call up from Gareth Southgate to feature in the UEFA League of Nations for England, not to forget he was openly criticized for his physicality and attitude, placed in the reserves even after coming out fit from a lengthy injury spell by the ‘Special One’. He’s been United’s best player this season so far, and the club and the fans have hailed his return to form by awarding him the “Player of the Month” award.

The right back position is primarily taken up by Antonio Valencia, who is a pace master and a formidable presence on the right flank. He’s occasionally replaced by Matteo Darmian, who also does a commendable job paying back for the faith Mourinho has shown in him.

Mourinho is under fire for Manchester United’s defensive blunders since matchday 2. He’s in deep water right now, unable to establish a first team center-back pair till now. He will surely take advantage of the current international break, spectate the players and come with up with good strategy to stabilize the team and come back roaring again. After all, he specializes in defensive football.

Once Marcos Rojo and Diogo Dalot are fit again, Jose will have all his defenders at his disposal and can finally figure out what his best back four looks like. After that issue is sorted, United should be able to compete in all the competitions whether it be Premier League, UEFA Champions League, League Cup or FA Cup, taking into consideration the vast defensive depth in the squad and their defensive style of play. 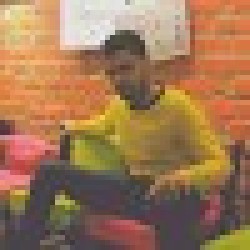