Pressure on Manchester United manager Jose Mourinho has been lifted a little with their recent comeback 3-2 victory over Newcastle United in recent league fixture. Mourinho was at center of attention due to his side’s failure to win games at home this season and his recent spat with key figures in dressing room.

Despite winning latest fixture with some style, United and Mourinho are still a mile away from getting back on track. Newcastle scored two opening goals to mark their first win of this season but United did great comeback at Old Trafford to change course of result to 3-2. This may have surely cheered mood in dressing room but there is a lot to point it out on Mourinho’s and Manchester United’s current situation.

Jose Mourinho claimed there is a "manhunt" against him following his side's win against Newcastle United. ?

Jose Mourinho is the ‘Special One’, a seasoned winner and a tactical genius but now it looks like his Manchester United career seems to be ending without a special ‘Mourinho Season’, which is sad to see as a fan and admirer of the Portuguese manager.

The recent club performances doesn’t help the manager either as the Red Devils have looked disorganised, abysmal and disconnected, while many points finger at Mourinho for conservative tactics. Many of supporters and pundits alike believe that due to fights with key figures in the dressing rooms, the players aren’t simply willing to go and win for Mourinho.

While some players such as Luke Shaw still believes and trusts the manager, many important players on and off the field like Paul Pogba and Anthony Martial are probably bidding their time and waiting for the Portuguese manager to be sacked. With the dressing room in turmoil, resulting in United’s  worst start to a season since 1992. The Red Devils have already fallen eight points behind arch rivals, Manchester City and Liverpool.

Both rival teams are playing an enthralling, more open style of football which is attractive and worth every football lovers time, whereas United play a much more conservative kind, which is more often than not, quite painful to watch even when you are at the Theatre of Dreams. Seeing arguably the biggest club in the world, to win in front of their home crowd, is something the United fans are simply not accustomed to seeing this season.

This was seen on Tuesday’s Champions League Group Stage match against Valencia, who are currently struggling for form in La Liga themselves.

The Special One’s possible sacking from the United job, is a result of the constant pressure on him to win games in style, something his style of play rarely offers and winning trophies, to be fair to him he did win three in his first season but two seasons down the line it simply hasn’t been enough. His most successful season was during his first season in charge at Old Trafford so, naturally aspirations and expectations increased for the next season & while he did improve United, with more goals being scored and more points being secured by United, the blue half of Manchester also improved but to a whole different level.

There is absolutely no shame in admitting that City were a just a class apart than everyone last season and catching them was nothing but impossible. But then if you are the manager at Old Trafford and are watching your cross town rivals and the so called ‘noisy neighbours’ steam rolling their way through the league, its bound to play on the minds of your fans and people will naturally expect United to do what ever it takes to come out on top in the next season at least.

This meant, to improve the squad for this season and to compete toe-to-toe with the champions was immense to say the least, but United failed to sign a centre back, Mourinho’s biggest demand to Ed Woodward, which he failed to fulfil.

The question now being asked is ‘What should Manchester United do?’

As it seems they have one answer for this situation, which has been the answer for every time the club has faced a problem ever since Sir Alex Ferguson left the club in 2013, that is the sacking of Manager.

This is where many believes that the third manager in five years after Sir Alex’s departure, is heading to be sacked, is right solution? Many United faithful believe so, most pundits believe so, some of the club’s legends also believe so but then the question comes who will replace Mourinho.

Only Zinedine Zidane is available, one of the greatest player of all time and one of the best Real Madrid manager. Appointing him seems correct and wise as he has won four Champions League titles with Madrid, three of them in straight seasons, all the more reason to appoint him as the new Manchester United manager. But what happens when Ed Woodward doesn’t sign the players he wants, then United would find themselves in a similar situation in a year or so.

Hence, what United should really do to get back on the horse that has made them possibly the greatest in the world. First thing is first, that is appointing a Director of Football, who knows about football, managing, coaching staff, players to sign and help the manager with tough situations.

Mourinho was cagey about talks with Woodward over the weekend – and tried to laugh off the threat of Zidane #mufchttps://t.co/kZYVzTpNK5

Second, limiting Ed Woodward’s role in football side of the club as he has very little knowledge about the game and his work in other departments is more appreciable than his work in recruiting top players and the players the manager demands. Woodward is a great salesman and an even better businessman due to which he is made Manchester United the richest football club in the world.

Third, sign a manager whose tactics and ideology matches the club’s history which is to go out & play on the front foot from the get go, something none of the managers, after Sir Alex’s departure, had in their style of play.

Fourth, the new manager must bring in more first team players from the club’s academy rather than spending millions of euros on players who think they are bigger than the club. This is what made Manchester United special and different than any other top clubs in Europe, as they made world class players from their academy and swiftly incorporated them in the first team.

Fifth, the new manager must clear the deadwood, player who aren’t just good enough to play for United and also ask the supporters of the club to be patient to give the man some time to incorporate his style of play and tactics.

All this is only possible, if Manchester United appoint a Director of Football and if they fail to appoint the Director of Football, then I humbly request the United faithful to get ready to be in a similar position in a year or so, having many questions around them and zero answers. 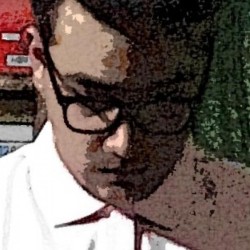