Danny Welbeck, Arsenal’s third choice striker is all set to be forced to leave the North London Club with his contract still due to be renewed by the club and present one expiring at the end of the season.

The 28 year old English striker has had a good season till his horrendous injury this season, scoring 5 goals in 14 appearance across all competition which is a pretty good output considering that he is the third choice striker in the club.

The English man suffered a significant ankle injury against Sporting CP in a goalless draw in Europa League, effectively ruling him out for the season and subsequently Arsenal’s official website gave confirmation about his multiple surgery leaving Welbeck s return to the pitch completely uncertain this season.

According to a previous report in Times, Along with letting go of Aaron Ramsey by withdrawing the previously laid out contract offer from the table, Arsenal are all set to let another one of their big names walk right out of the door for free come the end of the season simply in order to free up unnecessary wage bill to accommodate fresh signings or provide opportunity for rising talents like Reiss Nelson and Eddie Niketiah.

That being said, Arsenal have already reportedly started sounding out potential replacements for the english man with a couple of promising players on their list of targets who could prove to be much more effective than Welbeck.

Here are the two brilliant that players that Arsenal have already been linked with in the past and who could effectively prove to be much better alternative should Arsenal let Danny Welbeck leave in the summer.

The 23 year old Boca Junior youngster plays as a attacking midfielder and can be equally dangerous in wide position. The youngster has already proved his worth by scoring 2 goals in 7 appearances as a midfielder for his club this season along with boasting impressive statistics of having 81% of successful passes and 1.4 shots at goal per match this season.

Pavon has been linked with Arsenal from 2017 summer transfer window where for a while it had seemed like Arsenal had all but confirmed agreement to sign the Argentine, however that wasn’t to be and the next season he reached an agreement with Boca Juniors to extend his contract for the next four years with a heft release clause attached.

“Pavón is staying, he has signed for four more years. The clause is €50m and that was what we wanted to be calm,” Boca president Daniel Angelici told ESPN.

“We wanted to sell at the moment we understood was necessary. So, for now, we want Boca supporters to enjoy it.

“He [Pavón] knows that his future is in Europe but for now he is enjoying himself and that makes the Boca supporters, who love him so much, enjoy too.”

Pavon has buy out clause of £50M and his contract will expire on 30.06.2022. This player can be dangerous out wide with his panache for effortless dribbles and sumptuous pace easily evident in his play and it will be fun to watch him combining up with the likes of Özil, Mkhitaryan and Aubameyang as a replacement for Welbeck.

One of the best emerging young Wingers of Ligue1 is Nicolas Pepe.

In 17 appearances he has 11 goals and 5 assists to his name, grabbing 4 MOTM awards with an average of 3.6 shots on goal per match across all competition this season.

If he is able to give consistent performance he can be the next big thing in football. Comparing to Arsenal, Lille is a small club and Ligue1 doesn’t justifies his talent nor test his ability to the most.

He can certinaly can cope up with Arsenal striker Aubameyang’s speed and make the most of it and his counter attacking style of football will surely be of great help to Arsenal’s Manager Unai Emery.

His present contract with Lille runs on till 2022 meaning Arsenal will have to go all out and pay his £45M buy-out clause if they want him to replace Welbeck. If he does indeed come it would be great to see how he manages to cope in English Premier League, arguably the most competitive league in Europe. 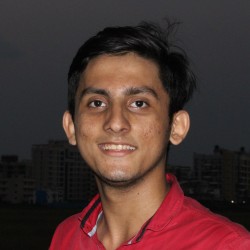