Football is the game which has been loved by mankind since its inception and it has been enjoyed by every age group all across the world and still in the modern electronic times it has continued its magic with the popular international tournaments and events such as World-cup which have given a chance for almost all sections of the society right from athletes to patriots.

FIFA World Cup has 88 years old history when it was hosted with enthusiasm for the first time in Uruguay (1930) despite of storm of challenges.

The World Cups since then have been the most royal tournament with first time only 12 teams managing to play, qualifiers for the first time in the 1934 WC and now the event has become so popular that over 200 teams contest for qualifiers (212 to be exact) while a mere 32 teams play in the glamorous tournament to be entitled ‘World champion’ and exhibit their might to all the countries across the globe.

20 World cups have been played till date with the tournament having gained its immense popularity and its prominence because of certain important and defining events and in the process creating a certain group of Legends and heroes who have gone on to define a few editions with their heroics which include the likes of Maradona, Pele, Ronaldo, Ronaldinho, Messi, Beckham, and still to count many more legends who have simultaneously helped the game of football in becoming the ‘MOST Watched’ game in the world.

So here are those golden moments which are eternally etched in the history of the competition and have to be counted as highlights in the golden book of history of World Cup FIFA.

Uruguay was chosen as host for the first ever FIFA World Cup as the same year it had to celebrate centenary of its first constitution which empowered its contender ship as a host being Olympic 1928 Champions.

It was only WC without qualification and had given chance to 13 teams. The title for world champion was retained by hosts.

The world cup in 1946 could never be a possibility because neither any country nor FIFA could afford to organize the tournament.  FIFA had struggled badly to remain solvent during the world war period and there was no country willing or able to host the competition after the war.

FIFA WC could not find a possibility even during the Second World War period. In 1950 when teams re-united for FIFA WC in USA it stood as symbol of international harmony writing a significant chapter in the competitions history.

England v/s US has been seen as one of the world’s bitterest rivalries on the field also. Just after WW2 when teams played in spirit of the game it created new sense of of the word competition.

This wave was seen as a driver for stiff competition while keeping the sportsmanship on the forefront among other countries also. Americans had a slight chance but managed to embarrass English stars with 1-0 victory

The Kingdom Of Brazil

In the history of world cup Brazil has been the most successful national team and has grabbed 5 World cups in total. The 1970 team won all its qualifiers and WC matches which is a record and was awarded with Jules Rimet Cup permanently which is a record to this day.

The traditional and bitter rivals have been Argentina. The WC teams of the arguably the greatest country in the competition have featured stars including Ronaldinho, Ronaldo, Pele, Romario, Rivaldo, Alberto, Roberto, Kaka to name a few….

El Salvador’s became the first Central American nation to qualify for the World Cup twice entering in the 1982 World Cup and played their part in the history of the competition albeit infamously for their part.

The tournament in 1982 is remembered for Hungary’s 10-1 win over El Salvador which is the biggest margin of score difference in WC main tournament ever in the History.

The Kuwaiti FA President on field

One of the most unexpected moment in the history of the competition occurred when Kuwaiti Football Association President himself came to field in the group match v/s France (1982). Sheikh Fahad Al-Ahmad Al-Sabah guided the Ukrainian referee Miroslav Stupar to disallow the goal. 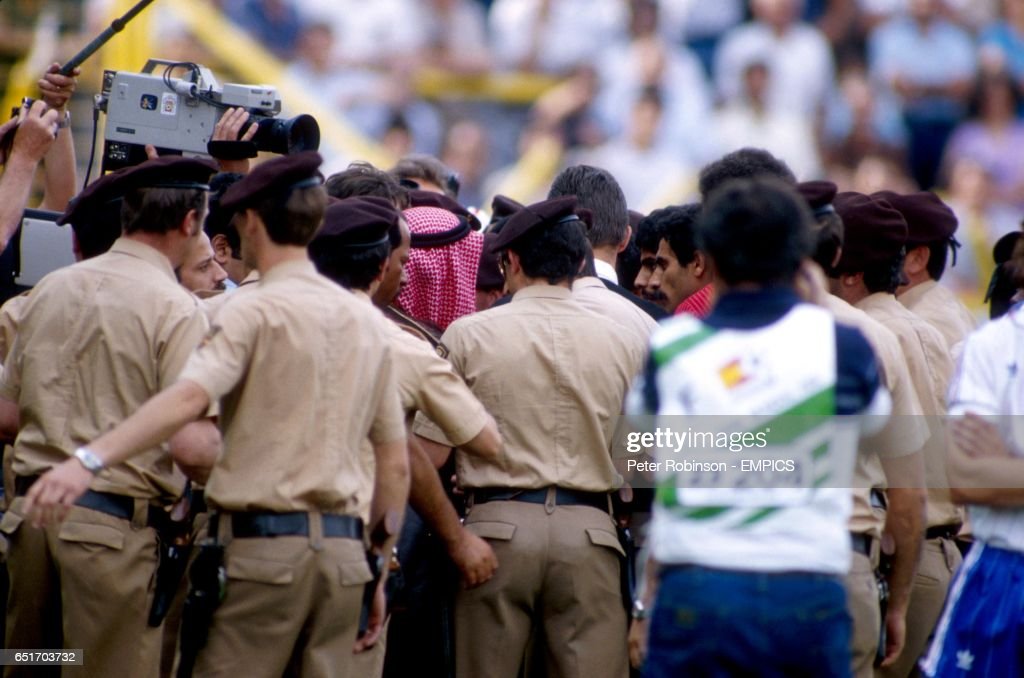 The decision was the first (and only time that) a person from the stands changed the result of an official. The scene was controversial and involved heated comments among players and coaches of two teams on the field.

Ronaldo the Star to Messi the Potential Greatest Ever

Ronaldo is one of the best known players in the history of the game of football ever. He grabbed his position when he won golden boot in 2002 after physical seizure just before final in 1998 which making him the comeback hero and cementing his legendary status.

But soon after a certain Lionel Messi from Argentina started to share the stardom and has proven to be a tough competition to Ronaldo’s World Cup history. This World cup is probably the last chance for the Argentinian to become one of the all time greats of the game and the competition by finally attaining the all coveted Glory of winning the World cup for his nation.