Rumors about the Portugese manager having a dispute with some of the players including the French teammates Paul Pogba and Anthony Martial are ripe. Some sources also state that Mourinho is unhappy with the club’s chief executive Ed Woodward after the club failed to get him the signings he asked for in the transfer window.

It has been a complicated situation at the club since the retirement of Sir Alex Ferguson. Despite putting in so many efforts, the board have failed to replace him. The club appointed Jose Mourinho, the former Chelsea and Real Madrid manager, expecting him to fill in the shoes of Sir Alex and bring the club back to the top but he has so far failed to do so after delivering inconsistent performances in the Premier League over the last couple of seasons.

‘His job might be at risk if he fails to deliver this season’, Arsedevils understand. Being said that, there have been multiple reports stating that the club are looking forward to appointing Zinedine Zidane as the next Manchester United manager.

Despite all these speculations, United publicly backed Jose Mourinho when a senior source said:

“Why would we discuss him (Zidane) when there is no job available at the club.”

The club has denied of making any contact with Zinedine Zidane and are refusing to panic even after the recent performances. However, this news comes amidst reports suggesting the former Real Madrid player and manager is interested in taking the job of the United manager.

Even though the club have denied their approach for Zidane, what would actually happen if he replaces Jose Mourinho to be the next Manchester United manager?

Zinedine Zidane, the former French midfielder stepped his foot into football management 3 years back when he signed for Real Madrid as the head coach. He won 3 back-to-back UCL trophies and a La Liga title during his reign at Real Madrid. He had been impressive both as a manager and as a player for the Los Blancos and very well might prove to be the final solution of Manchester United’s problems.

From the players point of view, it might be a blessing for some of the players who are not comfortable playing under the 55-year-old Portuguese manager. Zidane’s arrival may lead French colleagues Paul Pogba and Anthony Martial to stay at the club and Martial might as well sign a new contract. Both of them have had a disappointing situation with Jose Mourinho and might want him to leave the club unless Jose departs to make way for Zidane, according to various reports.

Besides his success as a manager, Zidane was phenomenal as a player as well. The 46-year-old was an inspiration for many, especially for the French players of the current generation. This would mean that a lot of French players may look forward to play under him. The club would then very well be able to attract some excellent players under his management. Also, he would link up quite well with the dynamic duo Paul Pogba and Anthony Martial and manage to effectively utilise them and bring out the best in them, something which Jose so far has failed to do.

All remains to be seen, whether or not, the great Zinedine Zidane joins Manchester United as the manager and only time will tell who goes on to become the new United manager but there is no doubt a lot here to be gained with bringing Zizou on board rather than letting Jose continue in this abject manner. 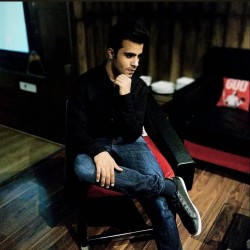 Kanishk Balani
A person who likes to write to express his feelings. Extremely passionate about football and Manchester United.

Kanishk Balani
A person who likes to write to express his feelings. Extremely passionate about football and Manchester United.
https://arsedevils.com