David Ospina is set to bid a good bye to Arsenal as a move to Napoli seems to be imminent.

The soon-to-be-30-year-old is likely to celebrate his birthday in Italy once his loan move to the Serie A club is confirmed. Looking to his physical fitness and recent form under goal post, it was not a sudden shock anyone.

As a teenager, Ospina showed tremendous talent in three seasons for Atletico National back in 2008. The Columbian was reportedly signed by Nice as a long-term replacement of Hugo Lorris. Frederic Antonetti the goalkeeer to the club was a big fan of him.

And soon after, the Latin American keeper was quicky scooped up by Arsenal as a replacement to Lukasz Fabianski back in 2014. At a point Ospina was even chosen over the then-first-choice-keeper Wojciech Szczesny, but was demoted to cup games after the arrival of Petr Cech.

Despite that, it was apparent that Ospina was never a first choice goalkeeper for his team.

On a same note, Arsenal too have Cech as their No. 1 goalkeeper, besides the new recruit Bernd Leno from Bayer Leverkusen. So, it seems like manager Unai Emery was totally ready of taking a call about Ospina’s future.

Meanwhile, to all but confirm the switch, pictures of the almost-former Gunner emerged with him wearing a Napoli scarf. It seems like all that’s left is an official announcement from the clubs.

David Ospina pictured with and wearing a Napoli scarf as his departure looks imminent.

On the other hand, it is a good decision for everyone from Arsenal to Napoli.

Interestingly, Napoli had not gone for the Colombian international from the get go, but were forced into making a last minute ditch after their new signing Alex Meret broke his arm in training in recent weeks. Though a move to Besiktas did look likely a few weeks ago for our columbian shot stopper David Ospina.

Nevertheless, again as a substitute, but probably this time the luck may favour the Colombian goalkeeper’s hard work and talent. 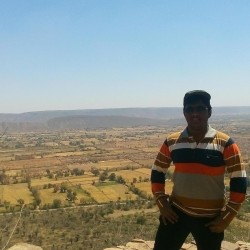 Chintan Pramanik
An introvert by nature, and a writer by heart, I have great love for sports-gaming-technologies.

Chintan Pramanik
An introvert by nature, and a writer by heart, I have great love for sports-gaming-technologies.
https://arsedevils.com