As the transfer season comes down to its final weeks there has been a lot of rumors about Arsenal’s interest in signing Bayern Munich winger Kingsley Coman. Having already signed 5 world class player. Arsenal are now reportedly genuinely interested in signing another world class player to compete as title contender this season. [spacer height=”30px”]

Gunners have already strengthened their side significantly since the arrival of their new manager, Unai Emery. Since, his arrival arsenal have already signed players like former Dortmund defender Sokratis Papastathopoulos , Stephan Lichtsteiner , Uruguayan Lucas torreira and Bayern Leverkusen & German international GK bernd leno  . Making it a very strong side in terms of defense and midfield .[spacer height=”30px”]

Previously, it was also rumored that Ousmane Dembele might be coming to arsenal . but its pretty impossible as La liga giants had invested €105 million of faith in the French man and for Arsenal to part with anything close enough seems completely fictional and unimaginable. [spacer height=”30px”]

Interest in Kingsley Coman is genuine. Not sure it'll happen though

“Getting dembele out of barcelona though looks very unlikely , unless they agree to a loan . So , Coman would certainly be a player of interest at emirates .”[spacer height=”20px”]

“But the fact is arsenal just don’t have money to attempt to sign him , unless they sell the no. of players first “[spacer height=”20px”]

[spacer height=”30px”]The 22 year old winger  who was brought by bayern munich in 2015 on loan from Juventus before signing a permanent move last summer . In total , he is now worth £248 million  when factors its intial loan and transfer fee. with a current market value is £45.00 million . [spacer height=”30px”]

Having already had the experience of playing for european giants like Paris saint- Germain , Bayern Munich, and Juventus where he scored 17 goals in all the 125 appearances , Kingsley Coman is already one of the more experienced players around despite his age. He debuted for PSG in 2012 /13 season before moving to the Italian Serie A, Juventus where he played from 2014 until 2016 where Juventus reached the champions league final & lost to Barcelona by 3-1 and then moved on to where he is presently. [spacer height=”30px”]

Kingsley Coman liked a comment on Instagram where one fan suggested @UnaiEmery_ should bring him or Dembele to @Arsenal #afc pic.twitter.com/LH3r9zYpeV

[spacer height=”30px”]As an Arsenal fan, if Kingsley Coman comes to Arsenal instead of dembele it could completely revolutionize the Arsenal attack for years to come. Given his fast pace from the wings  and the way he can rattle the opponents defense with ease. its mouth watering to imagine the number of chances he could have created for Arsenal to score or counter with ease. [spacer height=”30px”]

[spacer height=”30px”]Arsenal already have a player like Aubameyang up top, Ozil in the midfield and with Kingsley Coman incusion in the wings it would surely bring out a natural free flowing like the days of the past. However as enticing as that may be in imagining Arsenal should really not get carried away with a player that has a contract signed in December last year tying him up till 2023 with the German giants and instead focus on the other fact pacy attacking wingers on their list that they should target. [spacer height=”30px”]

“I extended my contract for five years, so normally I will stay here.[spacer height=”20px”]

Basically what this tells us is that unless something extraordinary happens and Bayern allow the player to discuss terms with Arsenal, Kingsley Coman has every intention of staying with the Germans for now given that he just put pen to paper on new terms and ideally would prefer to honor them.[spacer height=”30px”]

While its obvious that being in pre season training with the rest of his team mates together Kingsley Coman would have hardly ever admit publicly a will or desire and so an interview like this hardly accounts for much given how the transfer landscape changes on a daily basis, yet its actually impossible to imagine Bayern Munich having any reason to sell for what we would be offering for his services. [spacer height=”30px”]

[spacer height=”30px”]To say the least its a long shot a very veryy long one indeed and for us to linger on to hopes of seeing this one pan out would be utter foolishness on our part. Its not likely so best of all parties involved would be to simply move on from this and move on to bigger and better things to discuss and debate about. [spacer height=”30px”] 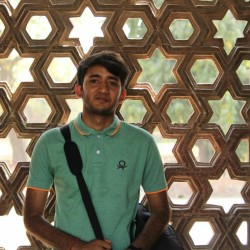