Skip to content
You are here
Home > Arsenal > Who Could Replace Arsene Wenger?

Even for a manager with a career as long as his, Arsene Wenger is going through a particularly turbulent time at the moment. At the Carabao Cup final the Gunners endured one of the worst thrashings they’ve had in living memory at the hands of Manchester City with a 3-0 loss.[spacer height=”30px”]

A further loss to City four days later with the same score has made it even more unlikely that the team will finish in the top four of the Premier League. Arsene Wenger’s contract will last out the season, but if the Frenchman can’t take the team to the Champions League for the second year in a row it could be lights out on a 22-year career at Arsenal.[spacer height=”30px”]

While it would be a shock to the team, it’s becoming less and less unthinkable, so we’re going to look at some of the potential replacements who might have feet big enough to fill his shoes.

It could be that Arsenal require a manager who can give the team a more aggressive playing style closer to some of their Premier League rivals like Liverpool, Chelsea, Manchester City and Tottenham, who are currently enjoying considerably more success. Some names that have been touted are that of Brendan Rodgers at Celtic, Maurizio Sarri at Napoli and Leonardo Jardim at Monaco.[spacer height=”30px”]

Managers who may not be operating on the top tier at this point, but have the potential to grow into the role and bring something different to the table could also be up for the task. Whilst there are managers who currently possess more of a footballing cachet at the moment, names like Diego Simeone at Atletico Madrid and Massimiliano Allegri at Juventus could be forgiven for not wanting the job, as the role of managing Arsenal smacks slightly of a poisoned chalice at the moment but that seems not to be the case as according to reports Allegri seems quite inclined to take up the role if it were to be available.

Whilst Arsenal is a legendary club, they are notorious for having tight transfer budgets to work with to fulfill top tier expectations, so its no surprise that the job of leading the team to success with limited resources would be daunting, particularly for managers at currently successful sides already.[spacer height=”30px”]

?Former England boss Steve McClaren thinks EDDIE HOWE should replace Wenger: "He sets up his teams to play football. Building from the back, completing attacks, working hard to win the ball back, pressing opponents – he has that mentality. He could be an Arsenal manager.” #AFC? pic.twitter.com/5uIL7pzxvz

It could be that Arsenal has missed the boat on changing the guard, as the role would have been more attractive in recent years where there would have been a much better possibility of securing a manager with the calibre of someone like Pep Guardiola or Jurgen Klopp. Arsenal bosses forced themselves into a precarious position by not being inclined to change the guard at a time when truly better options had been available and now they themselves, much like Arsene Wenger, are going to have to make the most of limited personnel options.

What’s more, any new manager and Arsenal is going to have their work cut out placating the fans, a task that would be ill suited to Brendan Rodgers’s managerial style. Someone like that would have to start securing victories almost immediately to keep the fans onside and prevent the mood at the club from capsizing.[spacer height=”30px”]

Rogers also left Liverpool under something of a cloud when they were 10th in the league. This is not going to reassure anyone at the Emirates Stadium that he is the man to reverse Arsenal’s fortunes in the long term.[spacer height=”30px”]

The Arsenal heirarchy are going to have to look for a saviour in the least likely of places if they’re hoping to find a candidate who can keep all sides happy, whilst ensuring that Arsenal get some wins under their belt in the near future.[spacer height=”30px”]

#AFC | Just some of the Managers/Coaches that have mainly been talked about at Arsenal to take over from Arsène Wenger.

[spacer height=”30px”]
One such talent that has been mooted is Paulo Fonseca, something of a journeyman manager, who has nonetheless done excellent work with Shakhtar Donetsk in the champions league of late. Some may say he is not of the calibre to take the reins of a team with a kind of legacy Arsenal possesses, but he has shown he is a good value leader who is prepared to put in the work to build a successful team from the ground up. This is the sort of mentality that could pay dividends and Arsenal and turn their fortunes around in the long run if proper time and resources are indeed provided.

We can only hope that whoever replaces Arsene Wenger brings something of the Frenchman’s class and style to the role. It may be that, given recent woes, it’s time at the club has come to the end of its natural lifespan. There is no doubt, however, that he will be sorely missed presence on and off the pitch, and that whoever is hired to replace him can bring the team in proximity to their heyday victories under Arsene Wenger’s leadership.[spacer height=”30px”]

Any manager in this World knows that taking up the reins from the Arsene Wenger of Arsenal means you have incredibly big shoes to fill and something which is not everybodies cup of tea. He will have one hell of a job in his hand and will need to act better and fast. 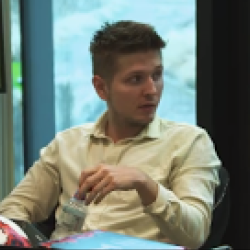